My son (who is a serving soldier and currently absent from his electoral address) received this leaflet from Mr Moribund. The leaflet has his full name on it as well as his address.

Now a couple of things come to mind here. Firstly, the Labour party must have lifted his name and address from the electoral roll and directly targeted him. Are they allowed to do this?

Secondly, why would they target just him and not me or anyone else in my household?

As for the leaflet itself, its just more (as Nicola Sturgeon put it so well) ‘fears and smears’ and smacks of desperation by again making up supposed proposals from the other parties that will be disastrous for the country.

As for the statement that the Labour party will “balance the books and reduce the deficit”, I just find it laughable that after 13 years of being in Government, carrying out massive amounts of borrowing and almost bankrupting the country, now they say they will balance the books.

Other than the die hard Labour supporters does anyone actually believe this rubbish? 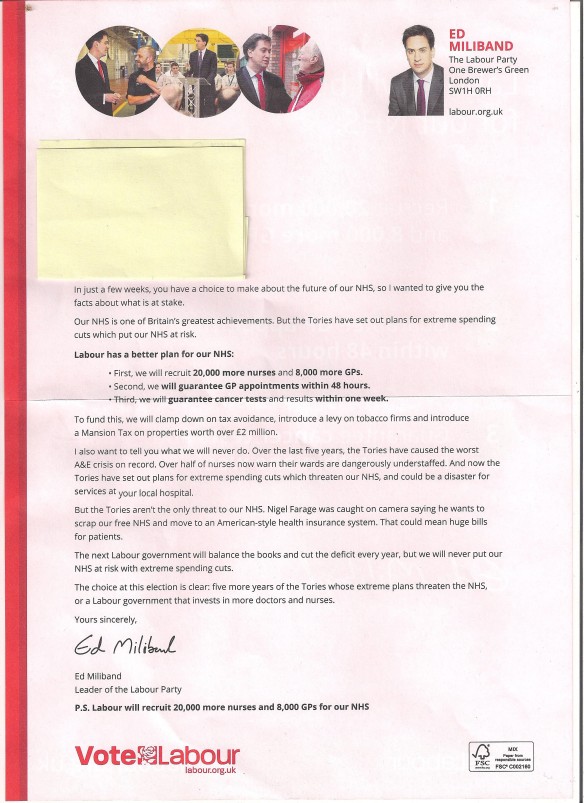