Last Tuesday the community had a meeting to voice their collective concerns about this utterly stupid proposal and fortunately Kevin Barron also attended. There were well over 200 people in the village hall and many had to leave because they just couldn’t get in.

Kevin generally chaired the meeting and I was very pleased that he did so. He told the meeting what he knew, which to be honest was little more than we did – it had been sprung upon everyone, MPs included,and certainly RMBC had been kept in the dark. Crucially though, KB said how he and other MPs had voted in favour of HS2, but he’d certainly not voted for this version. So, Sir David Smuginns and his HS2 cronies had conned parliament and made fools of MPs.

At the meeting, it was decided that there would be a mass walk-down to the forthcoming HS2 ‘Information Event’, which was booked in the village for 22nd July and the community would register its displeasure!!

On Friday morning, I met with the HS2 people in my capacity as Clerk and left them to setting up their stuff. But I did notice how they had brought two ‘security’ guys with them from, I think, Churchill Securities  –  NB both were wearing identity lanyards.

So, the evening came around and at least 300 people descended upon the village hall and it all got very interesting. They were chanting “Say no to HS2” and when they tried to get into the hall, the security guys, who were no longer wearing their IDs, tried to stop them entering. The guy on the main entrance into the hall was pushed aside and he just couldn’t cope, and by all accounts he assaulted a member of the public whose shirt was torn off and he finished up with a gouge on his back.

During the fracas the parish Chair, Malc Brown, informed the HS2 people that this was a public meeting, in a public hall and everyone had the right to enter and if they didn’t like it then they should leave. At which point all the HS2 people scarpered into the next room, leaving the place full of demonstrators chanting to their hearts’ content.

The police attended the event and had to block the dual carriageway to allow the demonstrators to cross and then they attended the assault situation.

So, all in all, the good people of Bramley registered their disagreement with HS2. 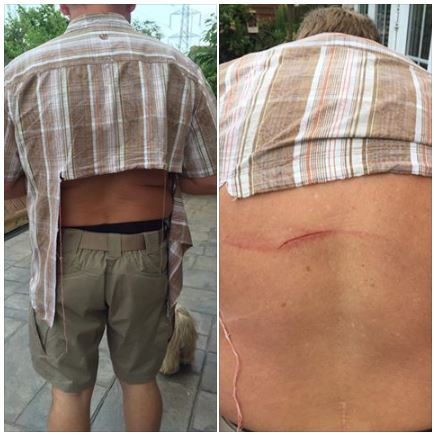