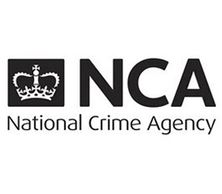 A MAN accused of abducting a girl and sexually abusing her in a country park 16 years ago has told a jury the complainant “was lying then and is lying now”.

The defendant — who cannot be named for legal reasons — is on trial at Sheffield Crown Court accused of three counts of rape and one of child abduction.

He and seven other men are standing trial accused of 27 counts of child sexual exploitation offences allegedly committed between 1998 and 2005.
The charges are part of Operation Stovewood, the National Crime Agency’s investigation into historic CSE in Rotherham.