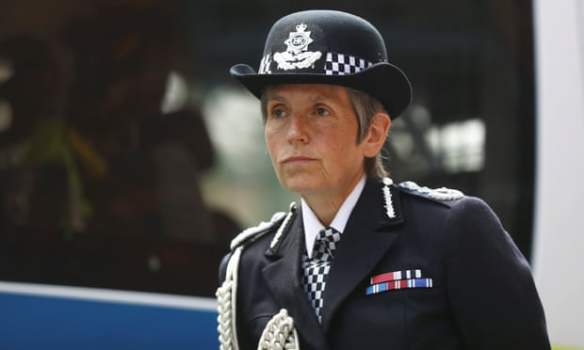 MPs have accused the party of failing in its “fundamental duty of care” when it declined to alert the police to threats made against Jewish MPs that are now subject to a criminal investigation.

This morning Cressida Dick, the Metropolitan Police commissioner, announced that the force was launching a formal inquiry into allegations made in a leaked internal Labour Party dossier.

The document, which detailed threats made against a number of Labour MPs, was kept confidential by the party and was not passed to the police until after it was obtained by the radio station LBC.

A criminal investigation has begun into allegations of anti-Semitism within the Labour Party, police said today.

Scotland Yard has launched a formal probe after an internal Labour Party dossier was leaked including details of 45 cases.

The document, obtained by radio station LBC last month, had been reviewed by a former Met Police commander who said four could be hate crime.

The allegations include an activist who posted on Facebook that a female Jewish Labour MP should get a ‘good kicking’, and threats to throw two MPs off a building.

The Metropolitan Police has launched a criminal investigation into allegations of anti-Semitic hate crimes within the Labour Party.

The investigation was sparked by an internal Labour Party dossier obtained by radio station LBC.

The file was handed to Met Commissioner Cressida Dick during a regular phone-in on the radio stations.

In a statement, the Metropolitan Police said: “On Tuesday 4 September, the Met Commissioner was handed a folder of paperwork following a radio interview with LBC Radio in Leicester Square. The complainant alleged that the documentation included evidence of anti-Semitic hate crimes.

Scotland Yard has opened a criminal investigation into allegations of antisemitic hate crimes linked to Labour party members, according to the commissioner of the Metropolitan police.

Cressida Dick said officers had reviewed a leaked party dossier detailing 45 cases of alleged antisemitism that was passed to her in September by the radio station LBC.

The UK’s most senior police officer told the BBC she believed there could be a case to answer and, as a result, the force was consulting with prosecutors on the next steps.

Police have launched a criminal inquiry into allegations of anti-Semitic hate crimes within the Labour Party.

Met Police chief Cressida Dick told the BBC her officers were assessing online material because it appears “there may have been a crime committed”.

It comes after LBC Radio obtained what it said was an internal Labour document detailing 45 cases, involving messages posted by members on social media.

Labour MP Margaret Hodge said the party should have notified the police itself.

The row over antisemitism in Labour could cost it the next general election, one of the party’s MPs has warned.

Wes Streeting, the Ilford North MP, told a fringe event at the party’s annual conference in Liverpool that voters would “never elect” a party seen as “indifferent to, or complicit in, racism”.

Speaking at a rally organised by the Jewish Labour Movement (JLM), he joined a number of Labour MPs in criticising the party leadership for its handling of antisemitism.