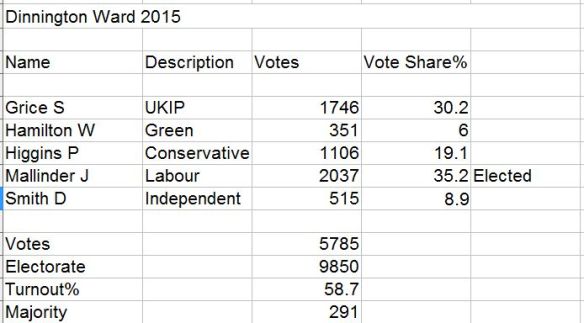 I do hereby declare that the said Janet Martin Mallinder is duly elected Councillor for the Dinnington Ward.

I can confirm the Independent, Dave Smith has confirmed, he will be standing once more for the Borough Ward of Dinnington and also this time is standing for the Dinnington St Johns Town Council.Election materials will appear here, as soon as Dave has supplied them for us. 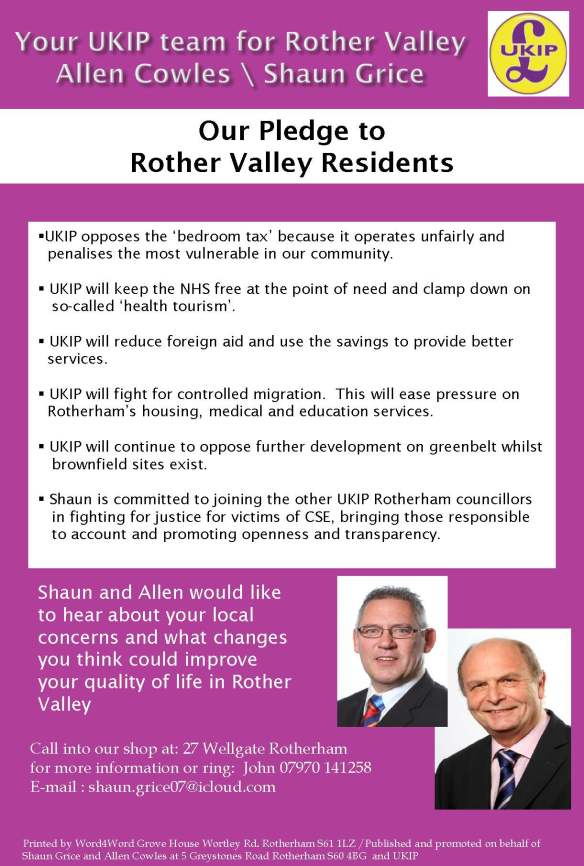 6 thoughts on “Focus on Dinnington”