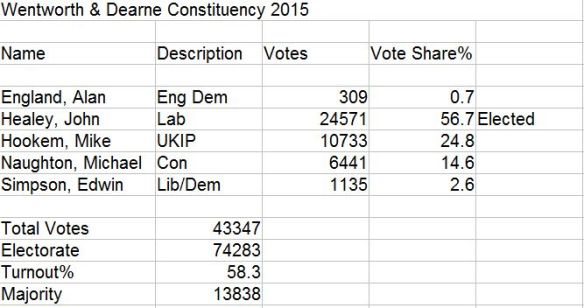 I do hereby declare that the said John Healey is duly elected Member of Parliament for the Wentworth and Dearne Constituency. 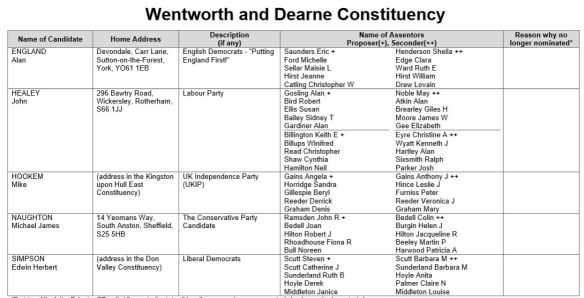 Coming to doormats in the constituency: 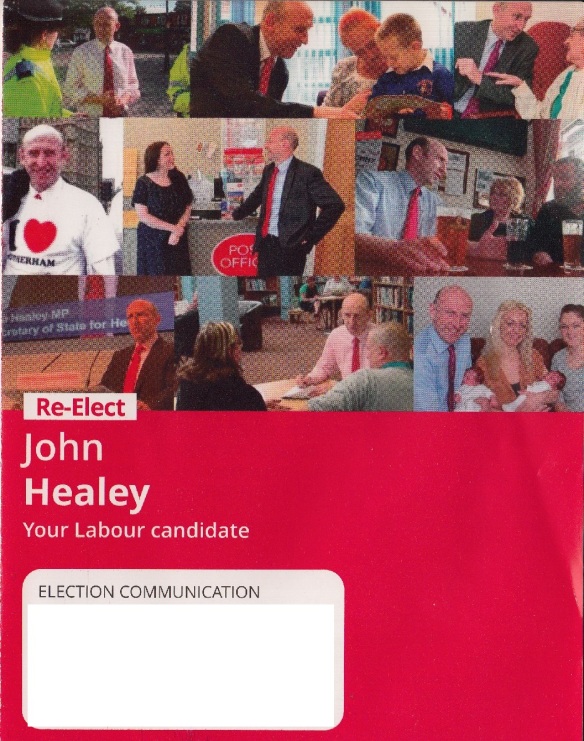 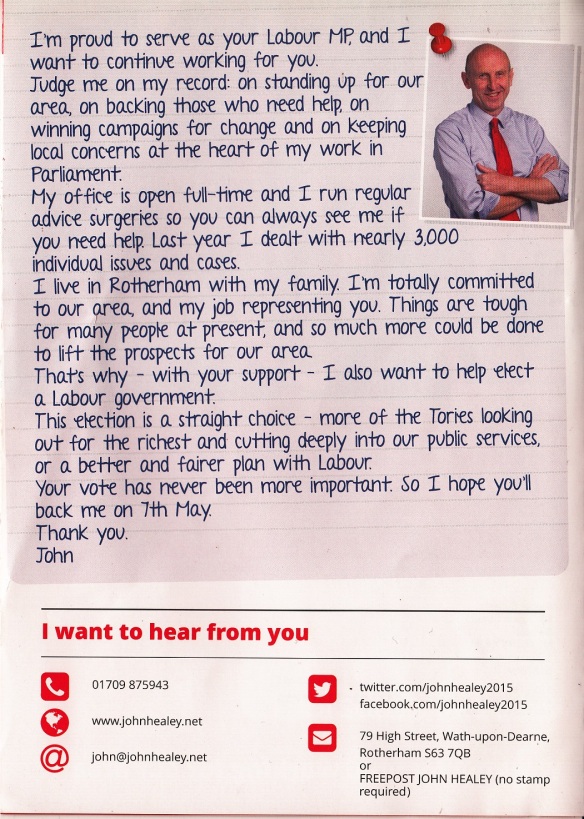 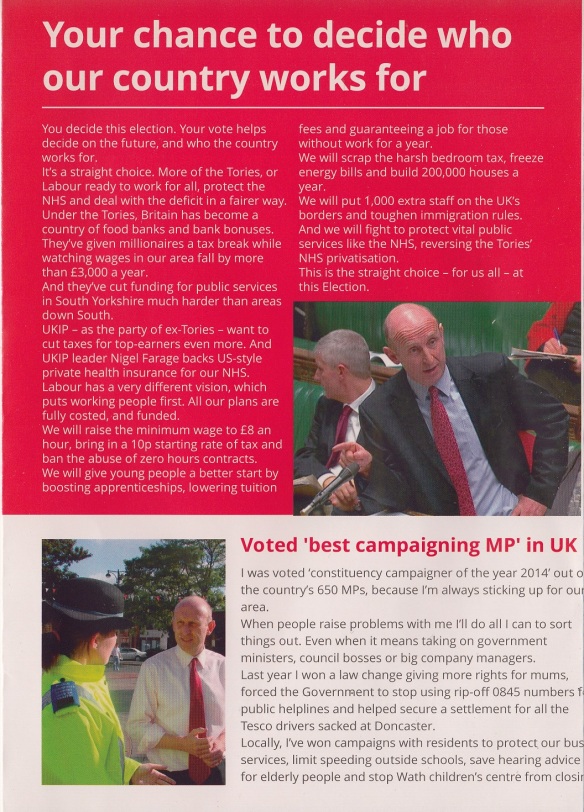