I do hereby declare that the said Dominic Edward Beck is duly elected Councillor for the Wales Ward.

Labour are running the quite disastrous Dominic Beck,in Wales Ward again this year!

An unconvincing ‘Cabinet member’, forced to resign after Casey revealed the whole council was failing in it’s duties and is now in the hands of Commissioners running the shop!

Definitely a record to be proud of then! He should be hiding in shame!

The fact, that he is an endorsed Labour candidate, probably tells us more about the Labour party, than they would be comfortable with?

The Green Party step up to the plate: 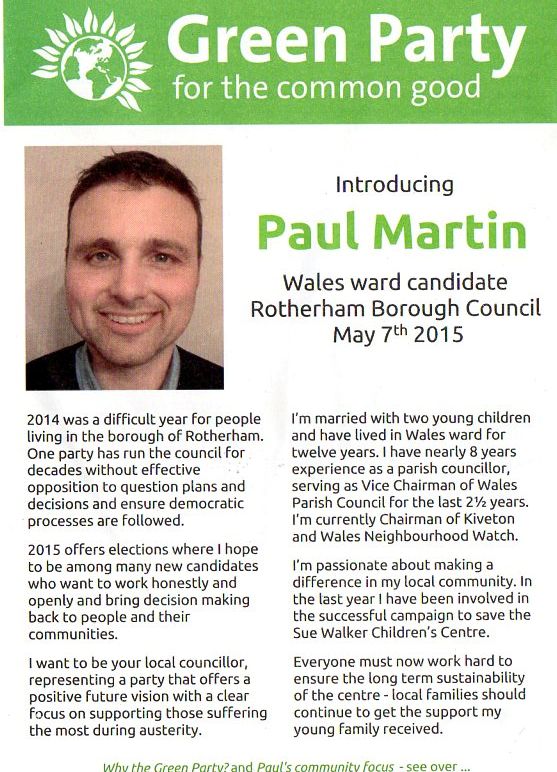 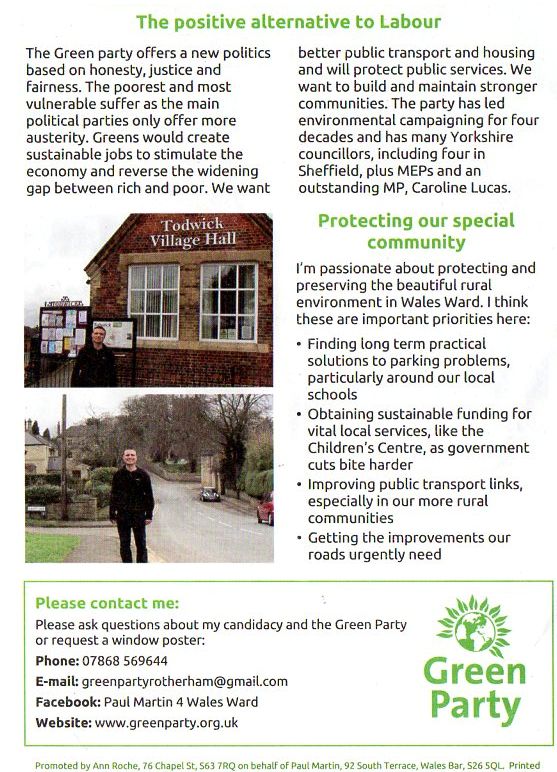 6 thoughts on “Focus on Wales”