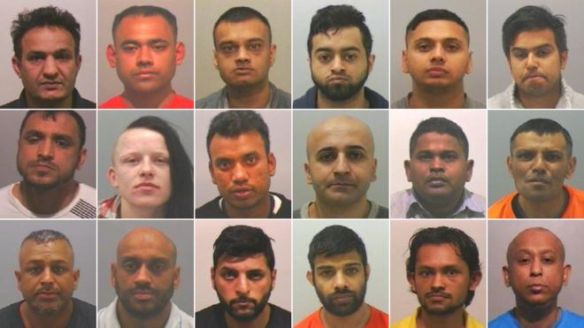 Eighteen people have been convicted of abusing girls who were plied with alcohol and drugs before being forced to have sex in Newcastle.

The vulnerable victims, some as young as 14, were exploited by a “cynical organisation” and passed between abusers, the court heard.

The 17 men and one woman were convicted of offences including conspiracy to incite prostitution, rape and drugs.

It emerged that police paid a convicted child rapist £10,000 as an informant.

Three of the gang have been jailed. The rest will be sentenced next month.

Sex exploitation scandal: How Newcastle women and girls were drugged and raped by grooming gangs

Vulnerable girls and young women have been sexually exploited and prostituted in parts of Newcastle in a crimewave which has brought shame on our city.

Today we can reveal how the troubled girls were lured to parties, known as “sessions”, where they were given drugs and alcohol in return for sex, while those involved cruelly took advantage of them for their own twisted ends.